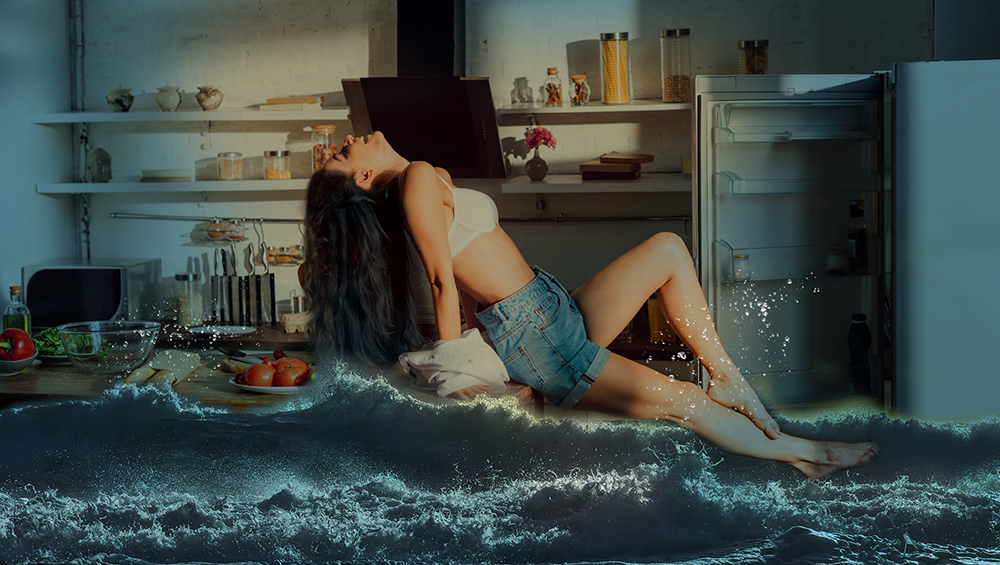 She rests. It is quiet. No passers by. She writhes and spits and twists and fights. Her body fills with rising desire. But there is nowhere to rise to. She looks about and there is only the quiet of the sea, the ruffle of the breeze, a tiny splash here or there as a fish lifts up to the surface and then is gone.

They used to pass here, she bemuses, huge ships of men, seemingly tough and invincible, caustic and hard. It was her duty, she slithers, to twist and turn to bend and circle, to blur the straight lines to be the in between. That is a woman, she feels, the inside, the in between, the opening, the blurring of boundaries, the opening of space. Her job was to slither between them, to call them from afar, heeding the call of the feminine, they would follow, unconsciously, subconsciously, sometimes even seemingly consciously, ready to fight their urges, or willing to surrender.

It seemed to her all men were like this, wishing above all to surrender to the mother, disguised in glitz and glamour, rouge and lipstick, wet and wild, sucking and slithering and open and wide. Soft, inviting, holding, worshipping. All men wanted to be worshipped. So much so that they would lose their own everything for the moment of worship and worshipping, a taste of ecstatic union with the divine.

She smiles, she remembers, one by one by one, those she tantalized and captured, swallowed and spit out. Confused, bewildered, unclear, undefined, they were. As long as she was siren she had the upper hand, as long as they were victims they hovered fearful little boys, scared and happy and entranced.

The danger was in the exchange – quick and easy and she left the warrior. But sometimes, every once in a while, she would switch then, it seemed from the siren to the child, or to the mother, opening loving holding wanting needing connecting sharing giving. That was the kiss of death. Then it would shift, she no longer wanted it, they no longer felt the same way, the tears came, the child came, confusion came and love came.

She sat still, in the middle of the ocean, sensing a drop of her magic, or her power, but feeling also into the bits of her that flew off, each piece drowning just a bit with each victim, what is it to love to lose to miss to want to wish?

What if she were more than a siren, what would it mean for her to writhe into the kitchen, to make pancakes, lick the syrup, the chocolate sauce, suck the strawberries the grapes, trickle pineapple juice on his chest, tickle each hair it lands on, squeeze the lemon down his belly run her tongue down to catch it to find his rising lingham in between his powerful legs pulling on her apron as she would pull an airplane jumper leaping out and float in the abyss… a sip of hot chaga running down her throat, the pancakes steaming smoking and suddenly his curls, his chest the strength of his arms her apron falling to each side as she flies hovering into oceans of saliva sweat, cum and juices everywhere music moaning drowning out the screeching kettle and the smoke alarms.

She tumbles into the water there the fish swim in their schools, each knows its place somehow each with dozens identical to it, and here an octopus, a whale, a shark, she waits she yearns she wonders where are the ships are where are the men, when will he find her, the next one yearning for her call, and she will, or will she this time, open her heart within the slither, to touch him hold him encircle him engulf him but not melt him not ruin him not leave him in the spoils, lonely here in the middle of the ocean, manaftermanaftermanafterman sinking to the bottom, left for spoils.

After all, she is a siren, and she does need to make breakfast, her spoils feed the ocean’s children, all fish great and small slurping on her spoils in the bottom of the sea.